Bird watching in my garden this spring 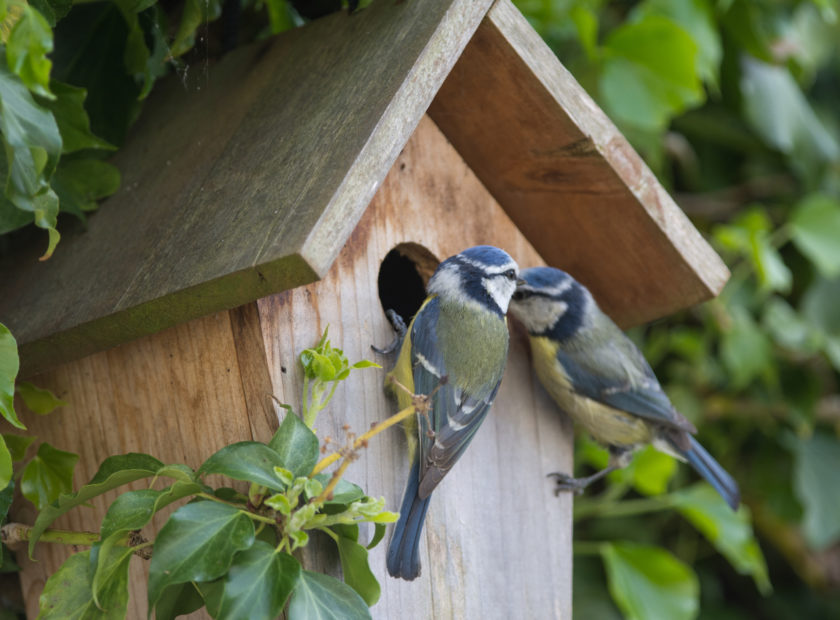 I’ve always enjoyed listening and watching birds, and before volunteering with Greener Kirkcaldy, I volunteered with the RSPB, which is when I learnt more about identifying birds by sight, sound and habitat. Sitting in the garden this spring during lockdown, I am even more aware of the birds than usual. Background noises – the usual constant roar of traffic, the clatter of people passing – has been reduced, making birdsong more audible, the hedging around the garden acting as a natural theatre, amplifying the sound, until it is all I hear. 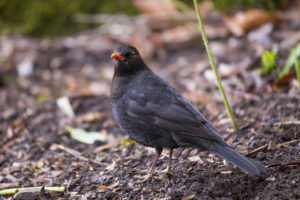 I can hear a blue tit, and, locating it by sound, notice little blue bodies zipping in and out of one of the nesting boxes in the garden. Now alert to them, I listen more closely and hear the return clamour of chicks chirping for food. The longer I sit still in the garden, the more I become aware of. I see a blackbird zipping in and out of the clematis, the chatter of confusion of chaffinches in the hedging at the bottom of the garden, and hear other tits (coal tits and the see-saw song of a great tit and the higher-pitched call of a coal tit) from bushes just beyond the garden boundary.

With one eye still tracking the bluebird returning to the nesting box, beak full of insects, I glimpse house sparrows diving in and out of the leylandii, so quick there is barely more than flash of bronze from the sun glittering off their tiny brown feathered bodies. Last month I found a new wren‘s nest in the tangle of honeysuckle that scrambles over the pergola in the middle of the garden, so I keep my eye open for that/tiny drab dumpy bird, with a surprisingly loud song. 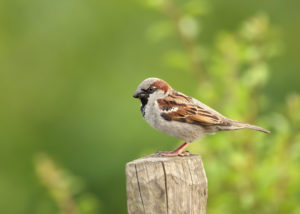 We’re lucky to have a mature garden – many of the trees and shrubs are over thirty years old – which creates mini habitats for all manner of small creatures. But mature gardens also require maintenance. Earlier in the spring, with some time on our hands, we were going to replace some old, rotten fence panels, but a careful inspection of the clematis that clung to it revealed the blackbird had got there before us and built a nest in the climber. Since the fence is unsightly, rather than unsafe, we’ve postponed our replacement plans until the chicks are fully-fledged and the nest abandoned. When we do tackle it, we will be careful not to disturb the clematis too much so it can be used as a nesting site next year, too.

It might feel as if the world as we know it has slowed down at the moment, but, spending time watching the birds go about their business, listening to the variety of songs that now carry clearly across the sky to where I am sitting, is very soothing in these strange times. In a spring of uncertainties, the activity of these little feathered companions has been a comfort. Something I might have missed out on if I hadn’t taken the time to stop, watch and listen.