The Importance of Wetlands in Combating Climate Change 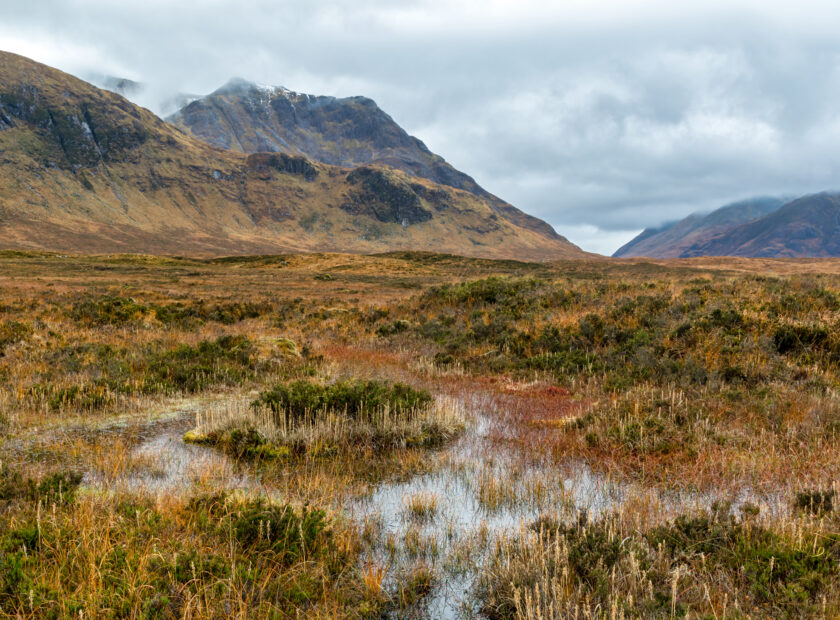 Posted on 9 February 2022 by Craig Leitch

World Wetlands Day was on the 2nd February and it was a great opportunity to discuss the value of wetlands and how they help tackle climate change.  In this blog, media volunteer Liam explains why wetlands are so important.

Wetlands are a key tool humanity can use to help combat climate change. They are the most effective carbon sinks on our planet. Let’s look at peatlands as an example of the power of these habitats. Peatlands cover just  3% of our world, however store nearly a third of all land-based carbon. This is twice as much as all the world’s forests. Other wetland habitats such as salt marshes, mangroves and seagrass meadows are also some of the most carbon dense ecosystems on earth.

Wetlands also act as a flood defence – they are like big sponges that trap water and release it slowly over time. The trees and plants help slow the speed of floodwater and more evenly distribute it. On the shorelines of lochs and on the coast, wetlands act as a natural defence against coastal erosion too.

Despite their importance, more than a third of all wetlands were lost in the last 45 years. Wetlands are currently disappearing three times faster than our forests. The loss and degradation of wetlands should be a major concern as it actually contributes to climate change as carbon stored in these habitats is released as they are damaged or dry out. They become emission sources rather than carbon sinks. The burning and draining of peatlands accounts for a tenth of annual fossil fuel emissions – while wetland degradation contributes to nearly a quarter of global methane release.

The good news is that large scale restoration projects are underway across the world. For example, Senegal will be restoring nearly 25 percent of lost mangrove forests in two regions. This will store half a million tons of CO2 over 20 years, protect communities from storms and strengthen food security by increasing rice and fish production. The Nordic countries are restoring the Nordic-Baltic peatlands to help regulate climate change and improve biodiversity.

You may not realise it, but many of Scotland’s most iconic views are coloured by peatlands. More than 20% of Scotland is covered by peat. However, they do more than just provide stunning scenery. Peatlands hold most of Scotland’s carbon store, estimated to be the equivalent of 140 years worth of Scotland’s total annual greenhouse gas emissions.

Peatlands are also important to our water supply, with large volumes of our drinking water having been purified as it filters through this special habitat.

Is only found in a few parts of the world that have cool, wet and oceanic climates. Under these conditions mosses and other plants break down very slowly and gradually form a layer of peat. Blanket bogs are typically found throughout the uplands and are dominant over the moorlands, particularly in the North Highlands and Western and Northern Isles. They cover around 1.8 million hectares and are rare globally with Scotland holding a large percentage of the European and world resources. Plants typically found here include Sphagnum Mosses and some carnivorous plants such as Sundews and Butterworts.

These are typically found in the lowlands and look like domes around 10m in height, the dome is ‘fed’ by rainwater. These bogs usually have a waterlogged surface, are acidic and lack nutrients. Much of the areas these bogs are found are now dominated by agriculture and forestry. Plant species found here usually include mosses, grass and heather.

Found across Scotland fens are wetlands occurring on peat and mineral soils. Unlike other habitats they get water from a variety of different sources such as groundwater, run-off, river flooding, and rainfall.

These are one of the rarest habitats in Scotland. The main tree species found in these woodlands are Scots Pine, Birch and Willow. The basic vegetation is similar to that found on an open bog. These woodlands are difficult to access and are therefore for the most part unmanaged and are excellent examples of natural native woodland.

You can read more about some of Scotland’s amazing peatlands and the work being done to restore them here: Forsinard Flows and  Cairngorms Connect.

Wetlands are vital for biodiversity

Biodiversity refers to the variety of life. It is a measure of how many different forms of life live within an ecosystem.

Wetlands have a high biodiversity value. As wetlands form where land meets water, they create a variety of habitats that are some of the most complex ecosystems in the world. It is the variety within wetland habitats that attracts a diverse range of species. It is thought that freshwater wetlands host more species per square kilometre than land or oceans, including one third of all vertebrate species.

Scotland’s wetlands attract a variety of plant and animal life. Our bogs have a variety of grasses and sphagnum mosses. These mosses are the multi-coloured plants that carpet areas like peat bogs, marshland and moorland. There are over 30 species of sphagnum moss in Scotland. The come in a variety of colours from green, to orange, red and pink. These plants are very small but grow close together and can even form large mounds that can be a metre high. These mosses have a very important role in the creation of peat bogs, they hold water after the soil has dried out. They provide nutrients to the soil and help to prevent the breakdown of dead plant material. This plant material is then compressed over time to form peat.

Peatlands are also home to carnivorous plants such as sundews and butterworts. Due to the lack of nutrients in the soil these plants evolved to find nutrients in different ways, through insects.

Wetland habitats are also particularly important for a range of insects. With dragon and damselflies living in a variety of wetland habitats, favouring those that have good water quality as their nymphs grow underwater. Many species of butterflies and moths feed on wetland plants in their larval stage.

Many bird species depend on freshwater wetlands for food or reproduction. You can also see a variety of bird species on our estuaries. Particularly wading birds such as oystercatcher, sandpipers, shank’s and curlew, with their long legs and specially evolved beaks for seeking out the aquatic organisms that make up a large part of their diet.