Pass it On Week 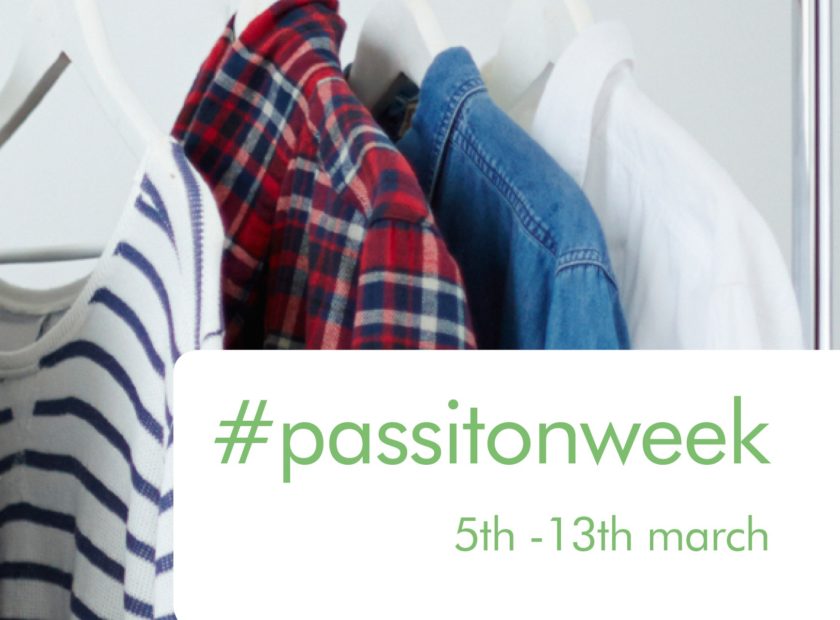 5th – 13th March was Pass it On Week in Scotland. During this annual week, people are encouraged to consider donating, swapping or sharing any unwanted items they may have. The aim of this national week is to reduce the amount of re-usable items that are sent to landfill. Over the course of the week there are a variety of ways in which you could get involved.

Pass it On Week aims to raise public awareness in Scotland about the advantages of re-use. Through this project people are asked to think about the potential of any unwanted objects they have. It’s all about keeping things in circulation for longer. Even if you on longer want an item, by donating, swapping or sharing, it can be re-used by someone else.

Re-use is a great alternative to throwing things away, and even recycling, bringing attention to another important environmental issue. In the UK, we are throwing away a large amount of stuff. However a high percentage of the stuff being thrown away is re-usable. Through Pass it On Week we can start to consider the benefits of re-use, as it can help to reduce the amount of waste being sent to landfill and it also helps us to see the hidden value of second hand items

Pass It On Week 2016 may have come to a close, but the message still stands and there are lots of things you can do to ‘pass on’ your stuff. Recycle for Scotland gives a variety of things that you could do:

Over the last year, Greener Kirkcaldy have been running a ‘Too Good To Waste‘ project, encouraging people in Kirkcaldy to reduce, reuse and repair their stuff. Part of this is a Closet Clearout Campaign – asking people to clear their closet or wardrobe and swap or donate unwanted clothes at their events. The last event has passed now, but they are still taking donations in their High Street Hub. If you have any clothes you would like to donate you can can bring them to the High Street Hub, 254a High Street, Kirkcaldy, KY1 1LA, Wednesday to Saturday 10am-4pm, and they will be passed on to local charities.