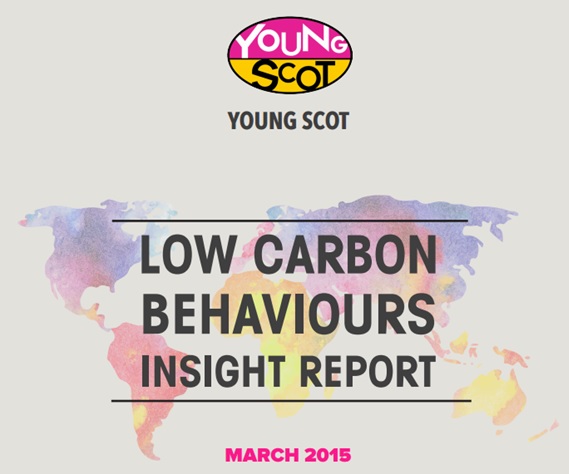 Media volunteer, Andrea first joined our ranks as part of the Young Scot Low-Carbon Behaviours programme which encourages young people to make sustainable life choices to minimise their carbon footprint and move towards a carbon free Scotland. As part of the low-carbon investigation team, Andrea became a volunteer at Greener Kirkcaldy to investigate our work in the community further, particularly how young people feel about, and engage with, climate change. She share’s her experiences below.

As part of the Low-Carbon Investigation Team, I had the responsibility to find out information about young people and climate change. One of the great benefits of this was learning about Greener Kirkcaldy and becoming part of the media team. Another was meeting the rest of the low carbon team and the co-ordinator, Laura Copley, who put together the “Low Carbon Behaviours Insight Report”, which combines the team findings.

Laura’s report is very insightful and really does represent young people and their views. Young people believe that Scotland does have a duty to tackle climate change. 49% also believe climate change is an immediate and urgent issue. It is made evident in the report that young people are passionate about the environment but don’t always know what they can do, as adults usually get to make the big decisions. The report highlights that young people really want to make a difference, but aren’t engaged enough in the conversation and in their communities. The quotes directly from young people throughout the report show this, and I also found this out whilst talking to my friends and other teens in the community. It seems prevalent that, in Scotland at least, young people need to be actively encouraged to help the environment, as after all it’s the young people of the nation that are not only the future of the planet, but part of the present.

Being part of the team has opened my eyes to so many things. I now understand, and care about the environment more than ever, and I have been inspired to take action. Also, being part of the project has boosted my confidence in the subject of climate change and has extended my connections with people, groups and organisations who are passionate about protecting the planet. I am overwhelmed by the amount I’ve gained from the project and hope that I can help to make that little bit more of a difference. I now hope I can at least help to make the planet greener in my own way.

You can see the Low-Cabon Behaviours Report here.

< Berry Walk | Cutting through the Jargon – Understanding Your Electricity Bill >