Getting Started With Growing 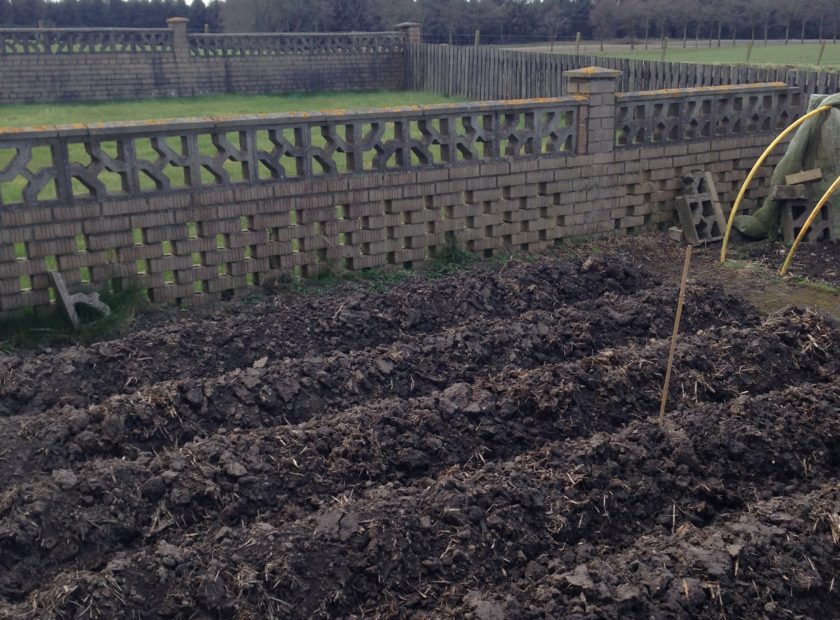 The clocks have gone forward and with Easter now in the history books it is time to start thinking about getting back out into the garden. Our Grow Your Own sessions will be starting back up this month – starting with Planning For Your Plot on Saturday 23rd April – and with that in mind I would like to share my own personal experience with growing your own food at the start of the growing season.

As explained in my previous Growing Your Own Food blog my personal experience with growing my own food has been through my Dad. He has now started back at his allotment for this year, so I thought it would be a good idea to get his insight on what is needed to be done in your growing space at this time of year.

My Dad has started with his potatoes. He has been turning over the soil over the winter months when the weather allowed him in preparation for planting the potatoes. Now the soil is ready to use, he started the potato planting process using a Dibble (also known as a Dibber or a Dibbler) to create small holes in the soil for the potatoes to go in. To make sure the holes were in a straight line, he used a piece of string (shown in the image below) attached to two pieces of wood stuck into the ground.

The potatoes are planted at the top of my Dad’s allotment (shown in the image below, between the stick and the wall). These early potatoes will be ready to dig up at the end of July, with the rest of the potatoes being ready in September.

My Dad’s potatoes are his first priority, but by the end of April he will be starting to plant his vegetables. The vegetables he plans to plant are:

My Dad has already planted a few onion sets (shown in the photo below) but will be planting a lot more by the end of April.

For vegetables that come from seeds, my dad uses the piece of string he used for the potatoes to measure and create a small hole. He then sprinkles seeds into the gap. He will plant his cabbages in the same way that you plant a flower in the garden. He will start them off in the space in the photo below, then move them to his greenhouse.

If you would like to grow your own food but don’t know where to start, book a place on our Grow Your Own workshops this year. The first workshop is Planning For Your Plot on Saturday 23rd April, 10am – 12pm at Ravenscraig Walled Garden. Booking is required. We will have a lot more Grow Your Own workshops throughout the year, keep an eye on our website and social media sites for more details.