Film Review: The Story of Plastic 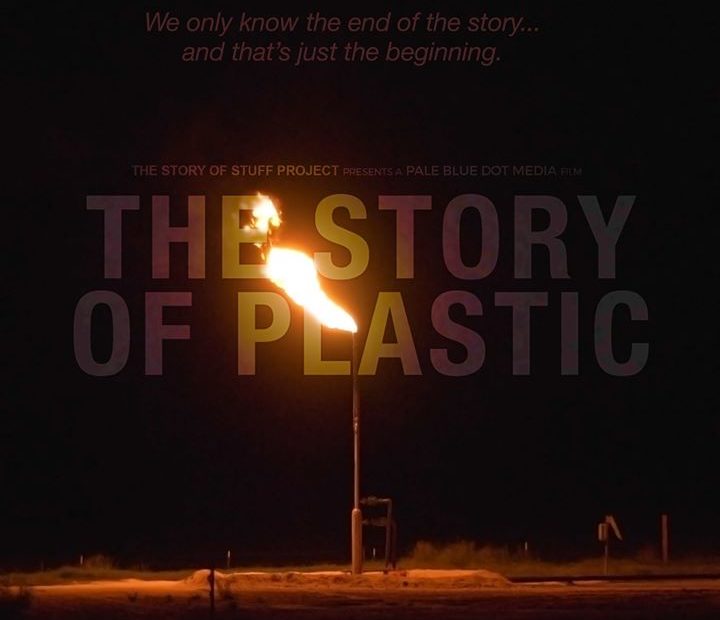 On Tuesday night our Development Worker Craig attended Plastic Free Dunfermline’s screening of “The Story of Plastic” and in this blog, he writes a review of the film.

The film aims to highlight the negative environmental and social impacts of plastic throughout the entire life span of a product, the truly global nature of the problem and the role that plastic producers play in guiding the narrative around their products.

“Clean-up is just a way to see how bad the problem is.”

The film uses a visual timeline as a plotting device to describe key points in the history of the plastics industry, laying out how it has become a billion-dollar business and a worldwide environmental problem. We learn that firms have been promoting plastic pollution as an “end of use” issue for decades (the earliest advert we are shown is an anti-littering campaign from the 1950s), and successfully cementing the idea that the fault lies with careless consumers and poor recycling infrastructure, especially in the developing world. We see a number of news reports on the topic of plastic, focusing on clean-up and recycling schemes. The film is punctuated throughout with interviews with a number of petrochemical CEO’s, hailing recycling but denouncing lack of infrastructure and promising to help with the clean-up. All the while distracting from the question of whether we need plastic packaging in the first place.

“We are not going to recycle our way out of this problem.”

The social and environmental issue created by plastic are traced from production to incineration, showing how decisions made in boardrooms in the US and Europe are impacting lives across the world. We visit petrochemical plants in the US and Mexico, where large corporations release chemicals into the atmosphere and we hear of locals ailing health; hear testimony of threat and violence used against American pipeline protestors; travel to Indonesia and the Philippines, emerging plastic markets, where plastic waste covers river banks and local fishermen’s catch contain 40% plastic; we hear of US recycling centres bemoaning the ever-increasing varieties of plastic; in Delhi, we see trash mountains freshly shipped from the western world, being picked over by a poorly paid, mainly marginalised female workforce (“without poverty, the recycling pyramid would collapse”); and visit incineration plants in Kerala pumping out noxious fumes into the surrounding neighbourhood (“it’s like living next to a volcano”). These stories are interspersed with input from scientists, journalists and campaigners and the type of horrific stats and graphs with which we are all too familiar (half of all plastics ever manufactured have been made in the last 15 years, 91% of which has not been recycled).

“[plastic pollution] is a western problem that we have exported to other parts of the world and now we have the cheek to say that they are the problem.”

The realities of plastics are juxtaposed against flashy adverts produced by plastic companies, singing the praises of their products, pointing the finger at littering consumers, promoting recycling as the solution and chastising developing countries for not having the infrastructure to cope. The contrast between the PR and reality is effective at highlighting just how hard the firms are working to maintain the image of plastic as a magic material that appears on our shelves in the supermarket and disappears into our recycle bins, with no existence before or after.

The film then poses the question of whether focusing on plastic is a distraction from the need to tackle climate change. It is explained that, in fact, the companies that sell us fuel for transport and for our homes are the very same companies producing plastic. Worried by the decreasing sales of their traditional markets, we are told the petrochemical companies are “doubling down” on plastic production, investing billions in new plants around the world, pursuing new markets (while all the time telling the world that we have a waste manage issue). The Alliance to End Wate Plastic, made up of all the major petrochemical players, will give $1.5billion over the next 5 years to aid recycling and clean up whilst investing $204 billion on 334 new plastic production plants over the same period.

Having built up such a clear picture of this globe spanning issues, created over 70 years of plastic manufacturing, the film was never going to be able to provide solutions on an equal scale. But we are left with some encouragement that we can take action to turn off the “plastic tap”. We are told that communities hold the key to success, building unity across boundaries, encouraging zero waste behaviours, influencing companies through public pressure and demanding lawmakers target the worst offending companies. We are given a selection of examples where this has resulted in plastics being banned, such as South Korea banning plastic bags and Zimbabwe banning plastic foam containers.

“We need to give the costs back to the producers.”

This film achieves its aim of fully describing the impact of plastic across the whole lifetime of the products. It shows the web of production, environmental and social impacts around the world and illustrates why we should all be taking action on plastic. It exposes the hypocrisy of the petrochemical PR machine and highlights why we cannot trust these large corporations to regulate themselves. Like many films on environmental topics, there is a lack of clear solutions, and this may leave some feeling powerless. I prefer to see this film as telling only part one of the “Story of Plastic”, and by coming together in our (Plastic Free Dunfermline and Greener Kirkcaldy) communities, we have started to write the first few pages of chapter two.