Cycling in Scotland on the rise 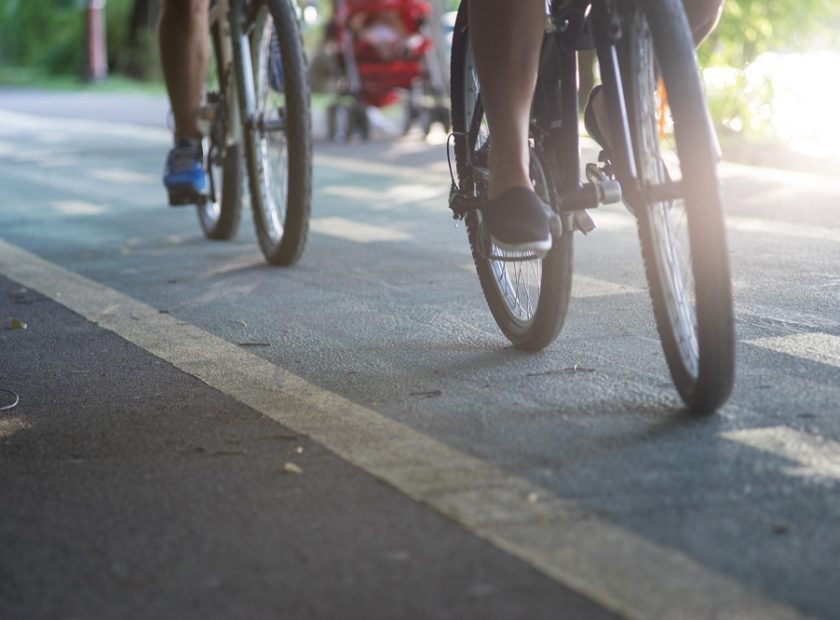 Cycling is widely acknowledged as being one of the healthiest modes of transport available within modern society, both to the individuals and the environment. With an estimated 3% increase in cycling according to Scottish Transport Statistics in 2016, there is clear progress regarding the amount of cyclists on the roads. This statistic does, however, beg the question, could more be done to encourage cyclists in the UK, and if so what?

One could assume, based on the percentage of people cycling, as well as the statistics to advocate the increased health and social benefits which come with this mode of transport, that the Netherlands can be a model from which other societies can learn from. It is thought that up to 27% of all trips being made within Dutch cities are by bicycle.

However is it realistic to think that the same figures could be achieved here, given the differences in culture, climate/terrain and infrastructure within Scotland and the UK?

It is no secret that the current climate within Scotland can be notoriously changeable. A cycle to work in the morning seems much more feasible when faced with sun than rain or snow and the necessity for hot showers at the workplace. Then there is the terrain, the Netherlands is known for being flat and densely populated. Scotland is not. Statistics do show a decrease in the number of cyclists as hilliness increases, especially among the elderly and younger demographics. However, in the age of the electric bike, and with the correct investment and infrastructure, there is no reason these obstacles cannot be overcome.

This leads to what is considered to be the main difference between the Netherlands and other aspiring bike-friendly countries: the infrastructure.

Since the 1970s, Dutch cities have been advocating the use of cycling in favour of cars where possible. As a result, they have incorporated decades worth of planning into roads and public transport and are now recognised as being world leaders in cycle-friendly city planning.

This can be noticed visibly with a comparison between typical UK roads:

The overall social benefits of an increased percentage of cyclists on the road is so widely recognised within the Netherlands that funding for infrastructure comes from a wide variety of sources, including water boards and EU investment, as well as both national and regional funding. Indeed the culture is so ingrained within the country that many of the local education systems provide safe cycling as part of their curriculum.

Although Scots may be behind both culturally and practically with their habits, cycling is still on the rise in Scotland, and already shows signs of clear health, economics and social well-being benefits. According to a previous chief medical officer, were the government to achieve a substantial increase in cycling, it may do more to tackle obesity than any other individual method which recent reports can recommend.

If this is a trend which is to continue, further investment in cycle lanes and cycle-friendly roads must be continued, as well as an increase in community awareness and schemes such as Fife’s “Cycle to Work Scheme” and activities such as cycle training and rides.

Greener Kirkcaldy are running a programme of basic cycle training and led rides this year to help people increase their cycling skills and reduce car use. The next Basic Cycle Training 4-week programme starts on Wednesday 2nd May, 6.30pm – 8.30pm at Beveridge Park. Book your place now.

< Earth Day: an end to plastic pollution? | Growing Your Own Food >