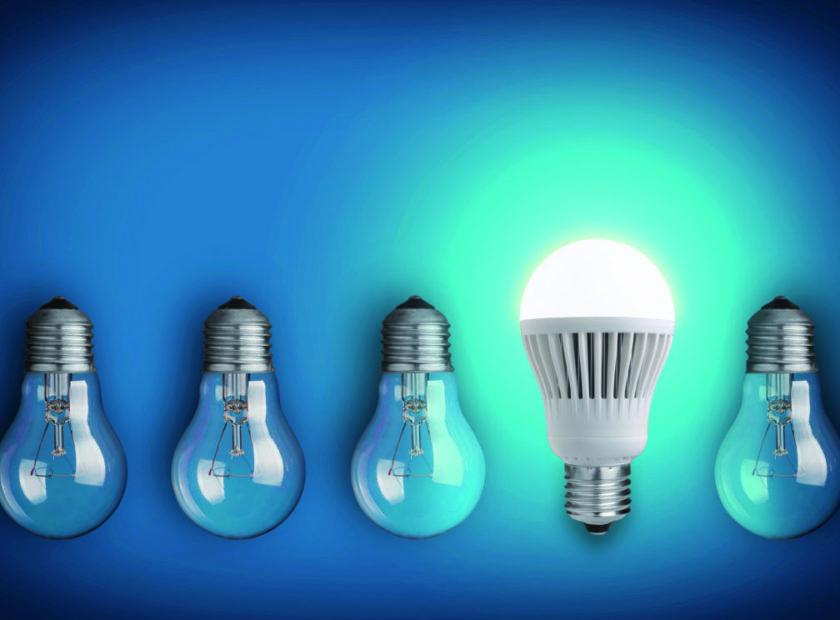 As the winter days shorten, we rely on more light around the house. This means more use of light bulbs, and the type you use could affect the environment as well as your pocket.

Traditional incandescent light bulbs are not energy efficient or cost-effective. 90% of their energy goes towards heating a filament until it glows. This weakens the filament drastically over time and causes the bulb to burn out quicker, resulting in more money on replacement bulbs and rising electricity bills.

That’s just one reason why it’s worth considering swapping to LEDs (Light Emitting Diodes, for the science enthusiasts out there). LEDs are more energy-efficient and environmentally friendly, plus they’ll save you money. Rather than running electricity through a filament, LEDs produce light through a semi-conductor which emits light energy. LEDs have a lifespan of 25,000 hours.

By replacing one 60w incandescent light bulb with an LED, you could save approximately 160 kg CO2 emissions per year. On average, you can save £240 a year over the lifetime of the individual bulb by replacing incandescent bulbs with LEDs. On top of this, because they last longer, there’s less waste, and they’re easier to recycle – unlike fluorescent lights which contain mercury, LEDs have no hazardous or toxic material.

A less obvious advantage of LEDs is that they can also increase productivity and employee comfort, according to one study. For example, because less heat is emitted from LEDs, temperatures are lower, making the working environment more bearable.

There are some things to consider – because it’s a self-regulated market, it’s important to do research on which LED bulbs pass the required quality checks.

If you need help, you can pop into our High Street Hub Wednesday – Saturday, 10am – 4pm. During January and February, you can swap your old incandescent or halogen light bulbs to receive a 20% discount on LEDs, as part of our “LED Amnesty”. Swapping for LEDs may be the best light bulb moment you’ll have!