When the moths came for breakfast 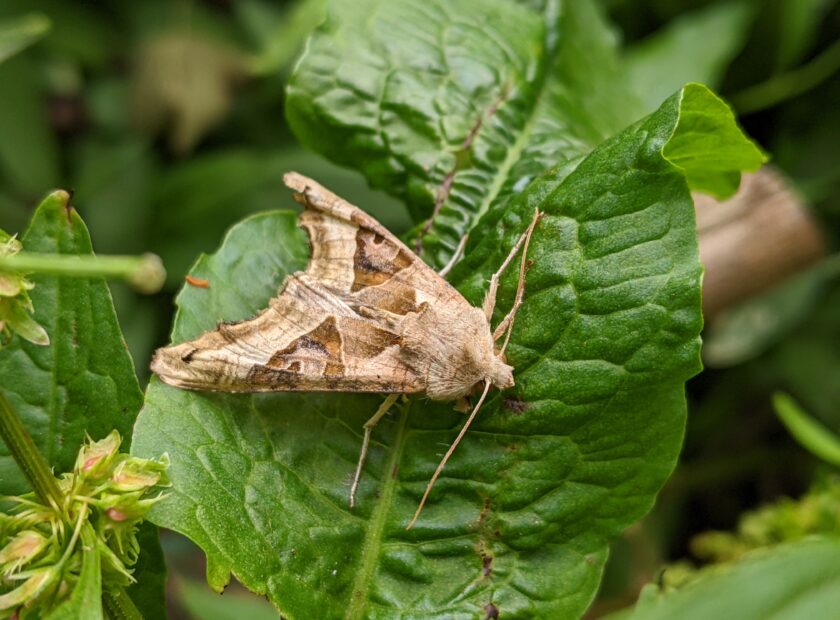 Garden Volunteer, Cap Fowles, documents a recent moth trapping event that was held at our Community Garden at Ravenscraig Walled Gardens for volunteers.

THE GHOSTS came for breakfast at the Walled Garden . . . and invited their friends to come along!

The Ghosts, in reality Ghost Moths, were joined by the Swallowtail, Brimstone, Clouded Border, Light Emerald, Purple Clay and a few of their mini-micro cousins.

They had spent the night nestled comfortably in egg boxes which were inside four moth traps positioned around the Garden. The moths were revealed in the morning to Greener Kirkcaldy garden volunteers and their guests, local group Equal Voice, which provides support for vulnerable adults.

The moth-trapping morning followed a request from Equal Voice for help in staging a wildlife-themed activity for their participants. Joshua Daly, a volunteer for the group, explained:  “We wanted to co-ordinate with Greener Kirkcaldy so that more people, both volunteers and members of our group, would benefit from seeing moths.”

The four traps, organised by retired ecologist and Butterfly Conservation moth recorder Susan Falconer, revealed their treasures with an excess of twenty species, some sharply coloured and others less so.

No moths were harmed.  They were only kept for a short time, they weren’t handled and were released after identification. Susan said afterwards:  “It was fantastic with a nice range of species and good numbers of colourful moths.  I hope that it has engaged people with nature and we would like to repeat it.” She also praised the gardens for their management and variety of wildlife habitats.

Greener Kirkcaldy outdoor project manager Carol Sidey added:  “We wanted to reflect what we’ve been doing in the Garden, our rewilding and working with nature.  The moths, which you don’t see during the day, have proved a good indicator of a thriving environment.”