Wassail : A Toast to the old apple tree 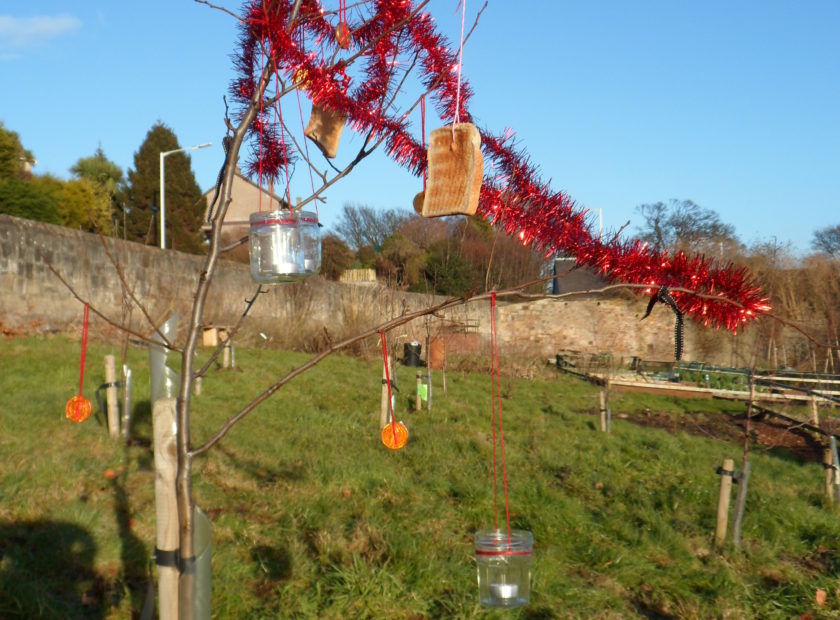 Posted on 20 January 2016 by Andrea Habeshaw

A new version of an old tradition began in The Ravenscraig Walled Garden last year, toasting the apple orchards with – toast! It turns out the tradition of wassailing or offering good health to your apple trees is probably where toasting came from.

It all sounds a bit bonkers but it’s an old English tradition aimed at obtaining a good apple crop and thus a good haul of cider. Pieces of toast are tied to the branches of the biggest tree and cider is thrown at the roots while people stand around singing such ditties as:

Then the gathered crowd bangs drums, crashes pans and possibly even fires shotguns to reawaken the trees and scare away any bad spirits.

The tradition, still held in some of the cider making orchards of South West England is making a come back in other parts of Britain probably because of the resurgence of cider drinking. The word wassail comes from the Anglo Saxon ‘waes haeil’ meaning ‘to be healthy’.

Traditionally the local men folk would gather in the orchard after dark on the Old Twelfth Night, (January 17th) drink mulled cider and make merry until they are left with one last mug of cider. They offer the last mug, traditionally drunk from a large Wassail cup for sharing, to the roots of the tree and hang toast (yes, cooked bread) dipped in cider in the branches of the tree. If the offering pleased The Apple Man, the guardian of the orchard, he would reward them with a good yield of apples or as some folklore says perhaps even the location of buried treasure!

Last year Greener Kirkcaldy held their first Apple Wassail. It was more of a family affair held in the afternoon with mulled apple juice and it was such a hit they are holding another this year. This year’s event will be held again in the Ravenscraig Walled Garden on Saturday January 23rd 1.30-3pm. So if the January chill is getting to you why not come along and wassail your worries away at our community garden and drink, sing and make merry.