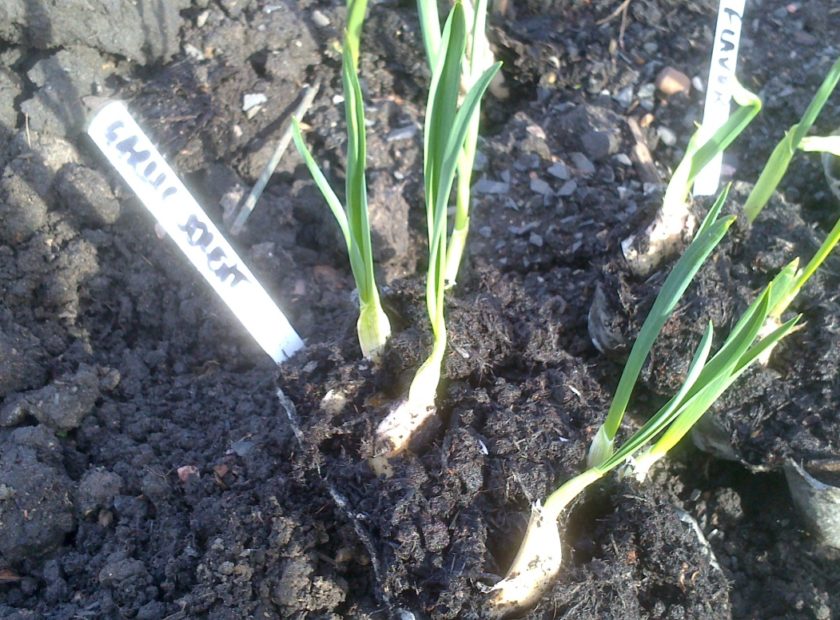 Our garden diarist Ross is back with an update on what was going on at Ravenscraig in Early March….

Despite the blustery weather, there is a lot to do in the garden at the moment. The first job for the day was to check on the asparagus that has been underneath a membrane. We then cut back the dead stems, to allow them to grow again. It was no surprise that the membranes had to be dried (typical of the fantastic Scottish weather). Then it was time to use the foul-smelling comfrey and nettle fertiliser, after diluting it with water it was poured generously over the plants. I am told it is worth bearing the smell! The next job was to top up the bark on the pathways.

After all of the upkeep it was great to be planting something again! We planted the garlic and broad beans outside; we are using two varieties of garlic: Solent and Flavour. It was good that the garlic had been planted in egg boxes, because it means that the roots will grow through it as it breaks down.