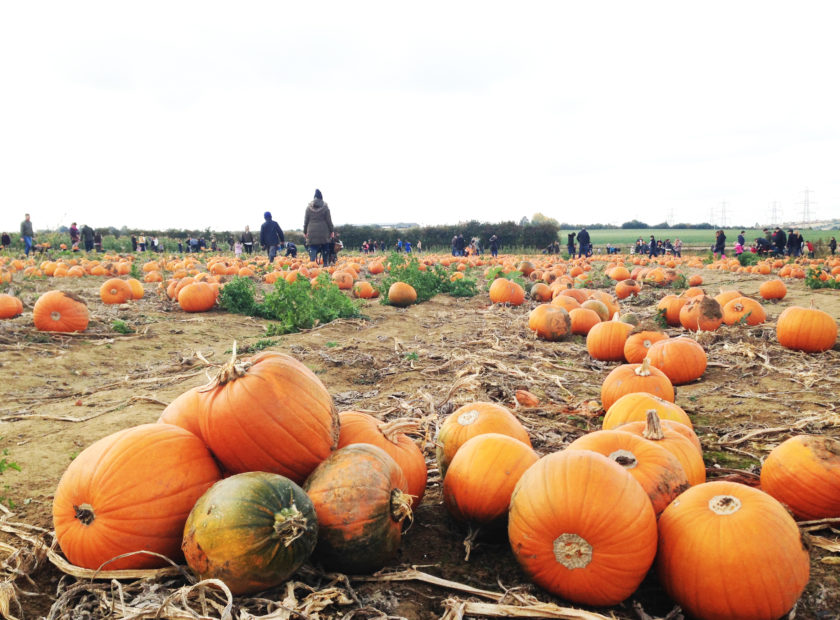 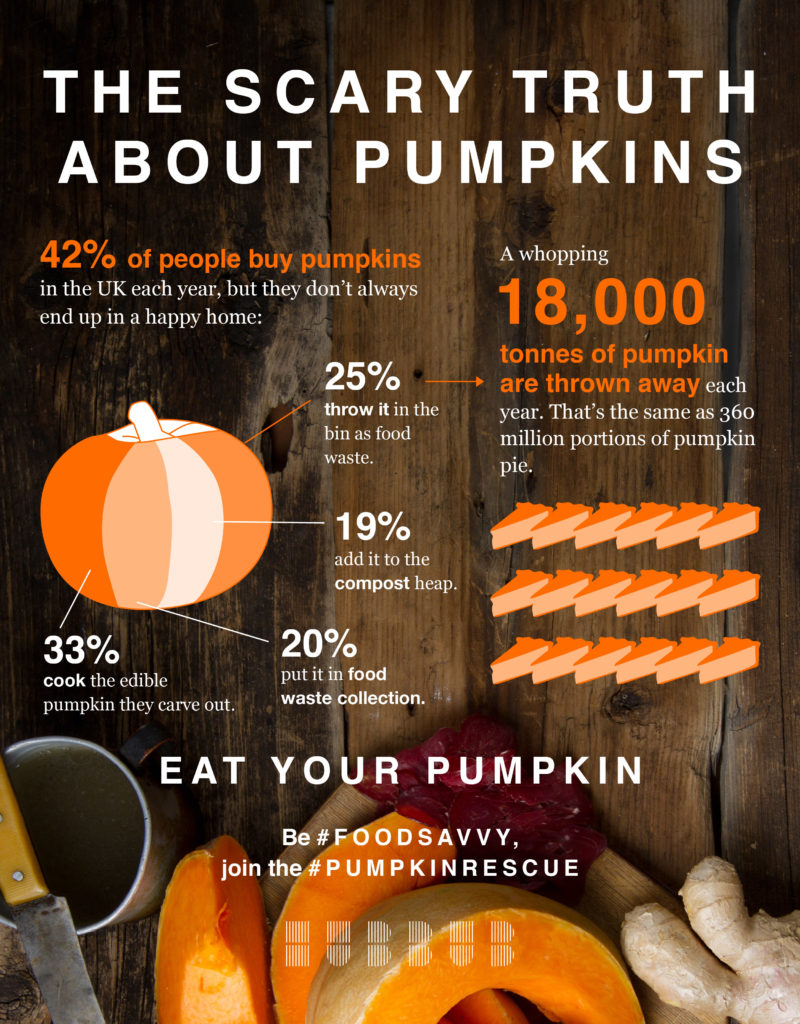 Halloween is fast becoming the third biggest annual holiday in the UK, behind Christmas and Easter, with families embracing the spookiest time of the year. The rise in sales of pumpkins continues to grow, and unfortunately so does the rise in the number of pumpkins that are getting wasted!

The spooky spectacle is all about ghosts, ghouls and witches, but something scarier than them at Halloween is the number of pumpkins that go to waste every year. 18,000 tonnes of edible pumpkins end up in the bin after Halloween each year – equivalent to 1500 double-decker buses in weight, or enough to make a bowl of soup for every person in the UK.

Here are some scary numbers on pumpkin waste in the UK:

With so much unnecessary waste, the majority of which ends up in landfill, embracing solutions to tackle this Halloween horror is vital. One of the most popular initiatives comes from London based food contributor Hubbub.  A few years ago they launched a ‘Pumpkin Rescue’ campaign, which includes everything from carving and cooking workshops, to tasting events and recipe ideas from leading UK chefs.

The difference ‘Pumpkin Rescue’ has made since being launched has been huge. Last year, a total of 31 groups ran 40 different events over the UK. Since it’s launch in 2014, there have been 239 local ‘Pumpkin Rescue’ events and workshops attended by 18,600 people. This has led to an enormous 17,500 pumpkins being diverted from landfill. Millions more people have been reached through social media and the press, creating a movement of people using their pumpkins for a different purpose.

This year we ran our very own pumpkin rescue event combined with our Apple Day at Ravenscraig Walled Garden. We offered tips and recipes to stop pumpkins ending up in landfill after Halloween and people took part in our Pumpkin treasure trail, learning lots of facts about the issue of pumpkin waste! 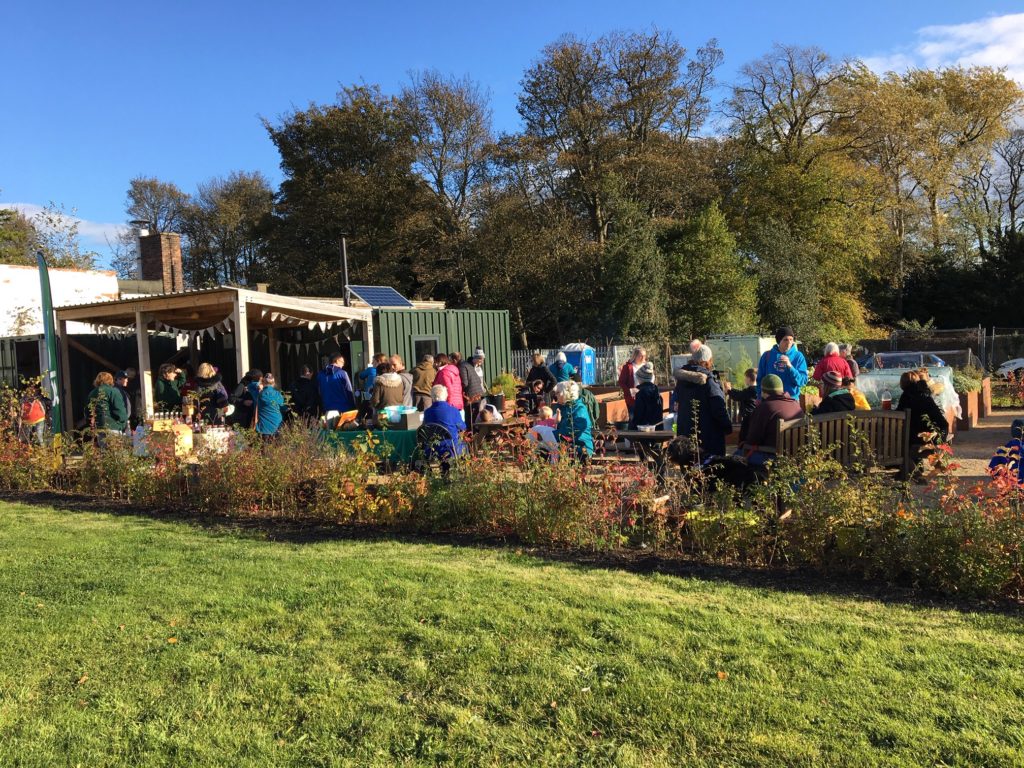