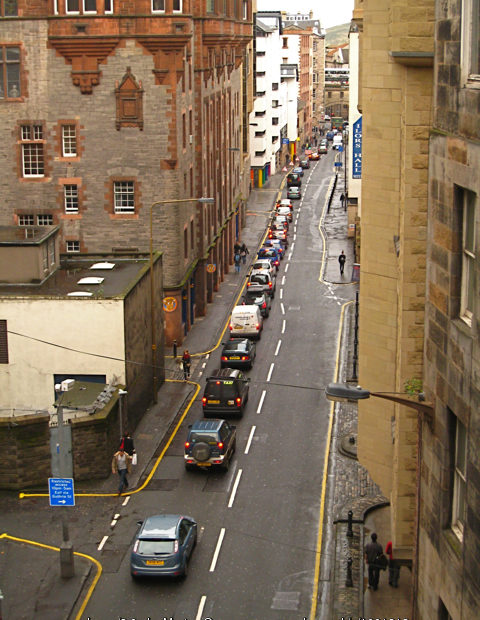 The Edinburgh International Science Festival took place earlier this month and included several events relating to environmental sustainability. I have been lucky enough to attend several of theses including The Arup Lecture 2014: Spontaneous Mobility led by Professor John Miles of the University of Cambridge/Arup, about the future of transport in our increasingly crowded cities. I found the lecture highly stimulating and the professor discussed some very interesting statistics on this important topic. Admittedly, Prof. John Miles presumably has a vested interest in selling ARUP’s product ideas to the general public and I currently remain unconvinced of the overall benefits of the electric pod cars which he was suggesting as a possible answer to our cities’ transport problems… But more on that later.

Here is a summary of just a few of the issues touched upon:

So why are people so reluctant to use public transport?

It seems to me that we need more incentives to switch to public transport – it needs to become cheaper, more efficient and better organized. Perhaps there is also an argument for introducing more car-free zones? Maybe one day, cars will be phased out altogether in cities.

Prof. John Miles concluded his talk by discussing the two-seater driverless electric pod car as a potential solution to some of the problems created by other forms of transport. (See a short video here.) He suggested that in city centres, we could have these pod cars on standby, ready to pick people up at the touch of a button using smartphone apps. Unlike conventional five-seater cars which carry unnecessary extra weight when there’s only one person in them, pod cars would generally be at least half full when in use. He suggested that they would drive at around 12mph in pedestrianised areas, potentially also being used on roads in the future. Just tell the pod where you want to go and it will find the best route based on current traffic conditions so you can just sit back and relax or carry on working if you prefer.

I am still unsure of the suggested benefits of this for several reasons:

Driverless pod cars are scheduled to trial in Milton Keynes in 2015. While I have serious reservations about the benefits of these pod cars, I am hopeful that they will act as a catalyst for further improvements in the way we travel.

With a bit of luck, we might see less of these…

and more of these!

In the meantime, here are a few green tips we can introduce to our daily travelling lives straight away: