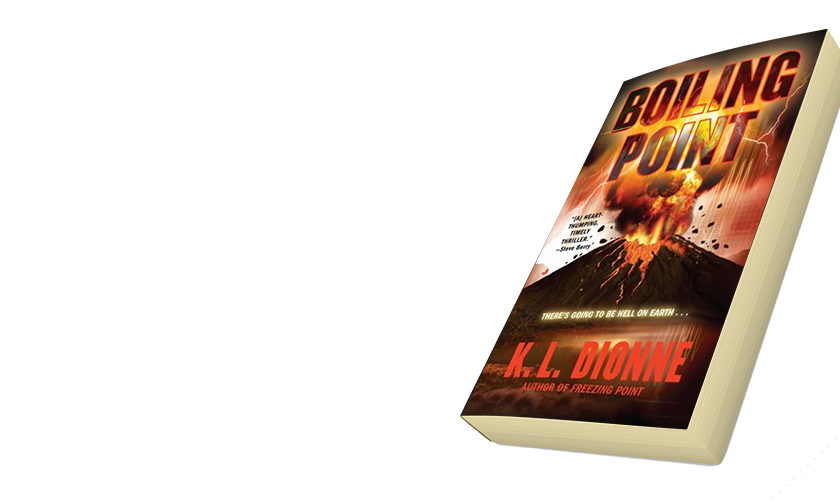 Two microbiologists monitor the effects of global warming in the shadow of the long-dormant volcano.

A celebrity scientist and his film crew arrive at the caldera to capture Chaitén’s spectacular scenery for a television audience.

And a Nobel Prize-winning scientist sits in his apartment in Paris, monitoring data on fifty-six volcanoes around the world—waiting for the one sign that his diabolical plan is about to be put into motion.

Soon, their destinies will converge. For the Earth has become a pawn in the biggest gamble ever played with humanity’s future…

And Chaitén is about to blow.

“Dionne hits her stride with this heart-thumping, timely thriller, one that rings with surreal authenticity.  All of the right elements — action, suspense, secrets, conspiracies — meld together, the plot built skillfully, like a master craftsman, one layer at a time.   Put simply, it’s a non-stop delight of a read.” –  New York Timesbestselling author Steve Berry