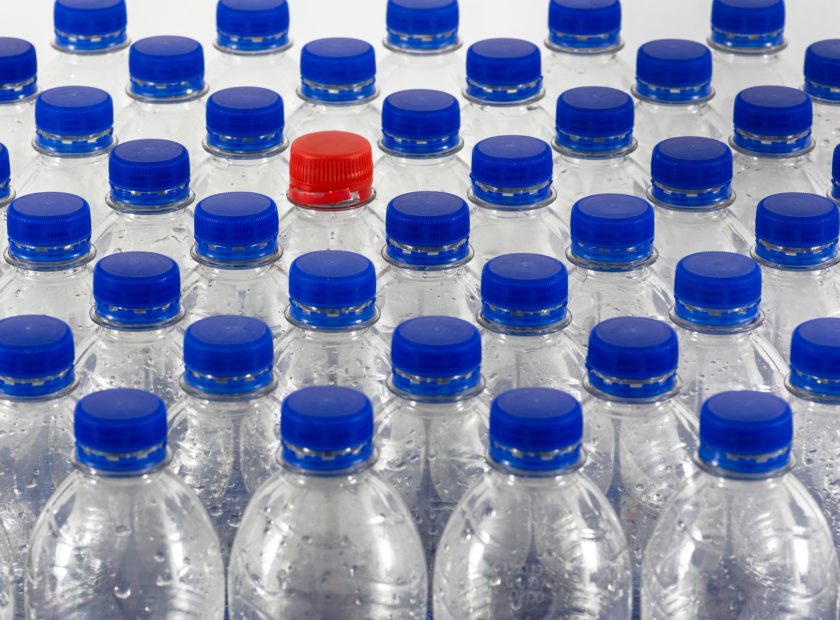 There’s a global crisis happening just now. It may not feel like it when you visit the coffee shop every morning, or you might be enjoying a few beers at a music festival and not think twice. But using plastic containers is causing damage to the environment.

We all know our responsibility using plastics at home. But some businesses make it difficult to be green.

And that’s just one club. 23,500 tonnes of waste are produced by UK festivals every year, and 10 million plastic bottles are consumed. Add all the waste produced by cafes, offices, and shops and you’ll have a splitting headache.

Higher demand means higher production. Half the plastic on Earth has been made since 2005, and production is expected to double in 20 years.  When disposed of improperly, this gets into the ocean, causing serious damage and harm. It’s estimated that 8 million tonnes of plastic end up in the sea every year. Seabirds, turtles and other sealife can mistake this for food, pumping plastic into their stomachs and killing them. The small fragments (microplastics) found from domestic and cleaning products find their way into the oceans and into our food and water, so there’s no denying the health risk caused by plastics.

How business resolve the crisis

It’s up to corporations and small businesses to tackle this issue head-on as it only seems to be getting worse. Luckily some positive steps have been taken.

The Primavera Sound Festival in Barcelona ran an inspiring campaign this year to reduce plastics. They partnered with the UN SDG (Sustainable Development Goals) Action Plan, and as part of their goal, they substituted plastic cups with reusable polypropylene ones. Glastonbury also banned single use plastic bottles this year.

Morrisons and Sainsbury’s have banned plastic packaging from its fruits and vegetables. Meanwhile, Tesco plans to have all packaging fully recyclable by 2025, and Asda are removing single use plastic bags from online shopping. Many corporations have also signed up to the KeepCup scheme which offers employees reusable cups to take with them when they visit the work canteen.

There is definitely an awareness among big businesses, but what about small businesses, particularly in Fife? Plastic Free Dunfermline is a community group that aims to make Dunfermline plastic free by approaching businesses like cafes and office-based companies by becoming ‘plastic free champions’. To achieve this accolade, businesses need to eliminate single use plastics.

James Daw ,who set up in the group in 2018, says approaching businesses has been an “organic” process, either through their Facebook page or website. They also recruit businesses to become Refill Stations, which makes it easy for the public to find stations to refill water bottles.

However, spreading the message to companies and the public can sometimes be challenging. Convenience is generally a priority to the public, according to Daw: ” When the public rethink this and priortise the environment ahead of their own lives, things will change. When the public demand that businesses will have to adapt or die. At the moment, some business are reluctant to lead this change in the fear that it drives customers away.”

Daw also states that part of the problem is that we are led to believe disposing of plastics in our recycling bins is saving the planet:  “Most plastic that does get processed [is] not recycled at all – recycle means turned back into the same product over and over again. On the whole it is down-cycled (turned into something of less value) before landing up in refill.”

Overall, it is an attitude and knowledge problem which needs to be addressed – is the message reaching Kirkcaldy businesses? There doesn’t appear to be a Kirkcaldy-based campaign running at the moment, according to Bill Harvey, Manager of Kirkcaldy4All. He says “It is something  that we would be interested in finding out more about”.

With high profile figures like David Attenborough raising awareness of the issue,  there’s a sea-change (no pun intended) in people’s perception of plastic use. But every home, business and corporation needs to act at the same time.

“Many small acts make a phenomenal difference” is the tagline on the KeepCup site – it may seem like a throwaway platitude, but it’s one that needs to be used again and again.