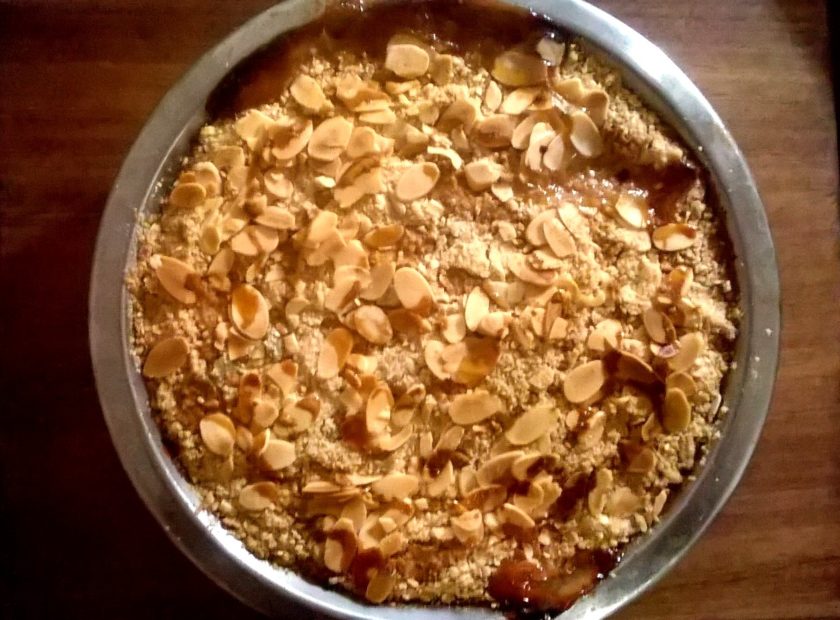 Warm apple and sultana crumble on a cold autumn day is a wholesome and classic comfort food. It can be easily whipped up in the evening, and re-heats and freezes well. This is a great recipe for using up old apples, too, that are too soft to eat fresh. Any extra apple or crumble mixture can be frozen and used at a later date.

For the crumble topping: